ortuguese Heritage Publications of California will make available, free of charge, the book “America” to any organization or individual preparing Portuguese speaking immigrants for their citizenship test.

This hard cover book, in the Portuguese language, not only contains the history of the United States but also a complete translation of many of its most important documents. In addition, it includes a sample of the citizenship test.

“America” is a valuable tool for anyone wishing to acquire her/his American citizenship. PHPC is happy to make the book available to organizations or individuals preparing others for citizenship. To request a book for your organization, please leave a comment on this blog with the organization’s name and shipping address.

Today’s blog is about self publishing, it contains excerpts from an article on NY Times, July 29, by Alina Tugend. We hope that potential authors will find it compelling and enlightening.
One of the first things I learned about the self-publishing business was that there was a reason the subject of many self-published books was — yes — how to self-publish, because it’s not easy to understand all the ins and outs.
“As with many things in life, there are often hidden fees,” said Lorraine Shanley, president of Market Partners International, a publishing consulting firm.
And many options. First, you can choose to publish your book as a print edition, e-book or both. With print editions, the most common system now is called “print on demand.” That means you don’t actually have the book printed until someone buys it.
That’s unlike the old days, say 15 years ago, when if you published your own book, you had to commit to buying hundreds or thousands of copies.
The advent of digital printing means it makes economic sense to print one copy at a time, said Kevin Weiss, president and chief executive of Author Solutions, which owns numerous self-publishing companies, including iUniverse, AuthorHouse and Xlibris.
“Before, you had to fill your garage with books and pass them on to all your best friends,” Mr. Weiss said.
There are many reasons potential authors want to publish their own books, Mr. Weiss said. They have an idea or manuscript they have passed around to various agents and publishers with no luck; they may just want to print a few copies of, say, a memoir for family members; they want to use it in their business as a type of calling card; or they actually want to sell a lot of books and make their living as writers.
“You have to know what services you’re buying, who retains the rights, and realize that getting a book published is not the same as getting it marketed,” Ms. Shanley said. “One size doesn’t fit all.”
Then there’s choosing the right company. If you’re technologically comfortable, Lulu.com or CreateSpace may be good options. CreateSpace, for example, doesn’t charge upfront fees, but you’ll pay if you want additional services like copy editing and design layout. And it costs $5 to $10 for the printed proof.
On the other hand, iUniverse and AuthorHouse offer what Mr. Weiss called “assisted self-publishing.” But the price of that assistance can range widely, starting as low as $400 and going as high as $15,000.
For the lower end, you get help in creating a cover and getting a copyright and ISBN number (the numeric book identifier). You’ll also get one paperback copy of your finished book, as well as an e-book distributed on all platforms, including the Kindle and the Nook. The book will also be sold through Amazon and Barnes & Noble. 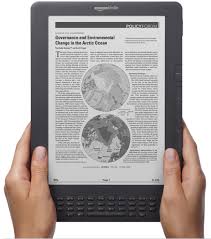 For $15,000, you get content editing and copy editing, indexing, citations and footnoting, and promotions like book trailers, placement in Google searches and other goodies. And you receive 150 paperback and 50 hardback copies of your book.
Like many authors, Susan G. Bell, had mixed experiences publishing her own book. A few years ago, after hearing that a friend had self-published a memoir, sh decided to check out that route.
Following her friends lead, she chose AuthorHouse and bought one of the lower-cost packages. It took about a year from the decision to self-publish to the day she held a copy of the book in her hand.
She spent some time learning the ropes: setting up a Web site, figuring out social media, getting blurbs for the book, arranging for an author photo and finding someone to design the cover.
For the cover design, she chose several she liked from novels she had read and contacted the designer of one of them through the designer’s Web site. To her surprise, she was able to commission one for $2,000.
Ms. Bell is not sorry she went the self-publishing route, but like so many authors (and yes, even those who are traditionally published) she found book promotion much tougher than she thought it would be.
“What I didn’t realize was how difficult it would be to get a review for a self-published book,” she said. “And it’s hard to sell books without reviews.”
Nonetheless, Ms. Bell has sold about 700 books through the first quarter of this year, and that is better than most: industry experts say the average self-published book sells fewer — often far fewer — than 150 copies.
And after all this, can you make money by self-publishing? How much you receive per book varies widely depending on who publishes it and who sells it.
For print books, the royalty can run as little as $1 to $3 a book, although you can get much more if you sell from your own Web site or if you publish it as an e-book.
For e-books that sell for $2.99 to $9.99 on Kindle, for example, authors can earn a 70 percent royalty, and eBooks priced outside that range earn authors a 35 percent royalty, according to Ms. Turner, the Amazon spokeswoman.
Potential authors have to be realistic about what they can expect when self-publishing, Ms. Shanley said. But that should not necessarily deter them from doing it. “With all the caveats, it’s really liberating and a field-leveling advance,” she said. “That might not be the attitude of many publishers, but for consumers it is.”
After all, in the past, Ms. Bell would have just had to tuck her manuscript away in a drawer. “I wanted to cross the finish line,” she said. “I’m holding a book, and I’m proud of it.”
And that’s important. But so is knowing the drawbacks. “Self-publishing is a lot like ‘American Idol,’ ” said Mark Levine, chief operating officer of Hillcrest Media Group and author of “The Fine Print of Self-Publishing” (Bascom Hill Publishing Group, updated 2011). “A lot of people have been told that they have talent, but they really don’t. Everyone has a story to tell, but everyone doesn’t have a story to publish.”

The Power of the Spirit book project continues to progress steadily towards publication.

In a chapter to be titled “Pastores do Espirito” in the upcoming book, a history of all the Portuguese churches in California, Ferreira Moreno, a well known columnist and history investigator,  is leading the research on the biographies of the many Portuguese priests who served the community in California since the late 1800s.

Ferreira Moreno will bring to  light the biographies of these outstanding men, most of them born in the Azores, who left their homeland to come and serve the spiritual needs of the Portuguese speaking communities in California, including the construction of many of our churches.

If you have, or know someone who has any documentation, specially photos, of the many Portuguese priests serving in California before WWII, please contact us at: info@portuguesebooks.org , or leave a post on this blog. Help us pay the proper homage to these courageous individuals who sacrificed their lives at the service of our community.

The Chronology page has generated high degree of interest from those who visited our newly designed website.

We received input from several individuals who appreciated the “one-stop-shop” for researching significant historical events of the Portuguese Community in California.

We would like to take the opportunity to thank Mr. David Bertao, author of the book “Portuguese Shore Whalers of California, 1854-1904” who submitted several entries to correct and enhance the current version of this important Chronology tool.

One of the new features of our website is a new page under the tab Chronology, where you will find a chronological itemized list of major historic events associated with the Portuguese community of California. The current chronology is not an exhaustive and comprehensive listing of these events, therefore we would like to engage your assistance in order to make this page more complete.