Untamed Dreams – The Faces of America

Portuguese Heritage Publications of California, is pleased to inform our readers that the project Untamed Dreams – The Faces of America is currently on its final editing and layout stage, scheduled to release early Fall 2015. While the historic books published under our “Heritage Collection” have focused, at a macro level, on specific and substantial areas of achievement of the Portuguese immigrant community of California; Untamed Dreams penetrates the soul and character of the individuals who make up such a community.

In a trenchant and incisive way, Untamed Dreams reveals the individual microcosm world in which immigrants struggle to achieve the so called “American Dream.” In so doing, it pays homage to those who defied the status quo and dared to leave in search of a better life in America.

Untamed Dreams is for young and old alike regardless of ethnic background. It is a book for those interested in immigration as a subject of research and study, or simply as a herald to the untamable human spirit.

Untamed Dreams – The Faces of America, will be published as a limited edition, for this reason we are able to accept orders now. To reserve one or more copies of this upcoming publication, please send us an email at info@PortugueseBooks.org and include your name, email address, shipping address, phone number and number of copies you would like to reserve. We will contact you to place your order shortly prior to release to the public. 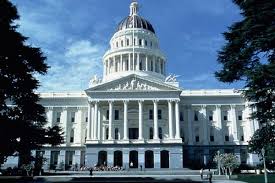 Portuguese Heritage Publications of California in partnership with Fundacao Luso-Americana (FLA) are pleased to announce the release of their publication: California’s Portuguese Politicians – A Century of Legislative Service, by Dr. Al Graves, scheduled to be released to the general public in late Fall of this year. The publication is currently in print stage.

Some segments of our readership may find the subject of this publication to fall short of the level of interest raised by prior publications of our well known Heritage Collection. After all, politics and politicians carry with them an undeniable stigma, particularly considering the current heavily partisan and polarized national political environment.

Painstakingly cognizant that every decision carries with it inherent risk, Portuguese Heritage Publications of California and Fundação Luso-Americana (FLA), have taken an important step to capture and document this lesser known but not less fascinating aspect of the Portuguese immigrant experience in California.

We believe that to gain insight into the awareness and commitment of a community toward its civic responsibilities, one must understand the social force that binds the members of such community to specific courses of action. To understand a community in such a way is to understand its key motivators, its very social fabric. This book is but one step towards a broader discussion and understanding of Portuguese-American politics in California.

California’s Portuguese Politicians – A Century of Legislative Service, is a LIMITED edition and for this very reason we want to ensure that our longtime readers and supporters have the opportunity to acquire the book, prior to its release to the general public. To pre-order your book, go to: info@portuguesebooks.org , provide your email and mail addresses, as well as phone number and let us know the number of copies you wish to reserve. You will be contacted in advance of the book’s availability to the public, in order to purchase your reserved copy (ies).

The process of moving from a project idea to an actual publication in book form follows a complex set of steps, designed to:

Given that Portuguese Heritage Publications is an all-volunteer organization, we are forced to temper our enthusiasm with the availability of volunteer resources to do the work of researching, writing, editing, layout, etc. For these reasons, sometimes we discuss projects that never come to fruition, or their release is substantially delayed relative to the original plan of record.

In order to establish a frame work to facilitate communication around the general status of PHPC’s projects, we created the following Project Status Criteria: